Zijin Bor Copper Co., Ltd. (“BOR Copper”), 180 kilometers away from the capital Belgrade, was originally the largest state-owned copper company in Serbia. In September 2018, Zijin Mining Group signed a Strategic Cooperation Agreement with Serbia. On December 18, 2018, the BOR Copper Project was successfully delivered, and Zijin BOR Copper Co., Ltd. was formally established. The shareholding ratio is: Zijin accounts for 63% of the shares, Serbian government nearly 37%, and the remaining minority shareholders share less than one ten thousandth of the shares.

BOR Copper has a large reserve of resources. At the end of 2017, the total amount of ore recorded by the Serbian Resource Reserve Committee was 1.26 billion tons, within which copper metal was 4.74 million tons, with an average grade of 0.375%, and gold 186 tons, average grade 0.15g/t. At present, it has about 5,000 employees, and owns the only productive four low-grade porphyry Cu-Au mines and one smelter in Serbia, detailed as follows:

2. The Veliki Krivelj (VK) mine uses the same method to produce copper concentrates, currently at a scale of 10 million tons per year.

3. New Cerovo (NC) mine, open pit as well, mainly consists of two large porphyry deposits (C1 and Primarno). The next step is to develop the Primarno mine.

4. Jama (JM) mine uses underground mining method and flotation process to produce copper concentrates, with a designed scale of 1.2 million tons per year, and currently an actual scale of 600,000 tons per year. 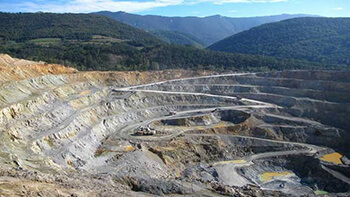