In December 2018, Zijin Mining acquired a 100% stake in Nevsun Resources Ltd., As a result, Zijin holds a 60% stake in its subsidiary Eritrean Bisha Mining AG (Bisha) and together with the Eritrean National Mining Corporation(ENAMCO, holds a 40% stake in Bisha) becomes a shareholder of Bisha.The Bisha Zinc Polimetallic Mine is Eritrean largest acitve zinc project.

The safety management of Bisha Mine adopts Canadian standards. The training, guidance and supervision of employees are carried out by specialized agencies, the safety KPIs are conducted strictly on the management team by the head office, plus supporting safety awards and incentive mechanisms, resulting in a good safety operation. 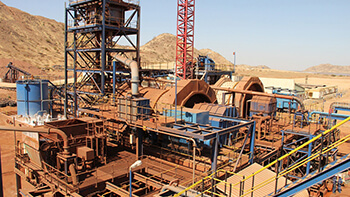