News
In the News 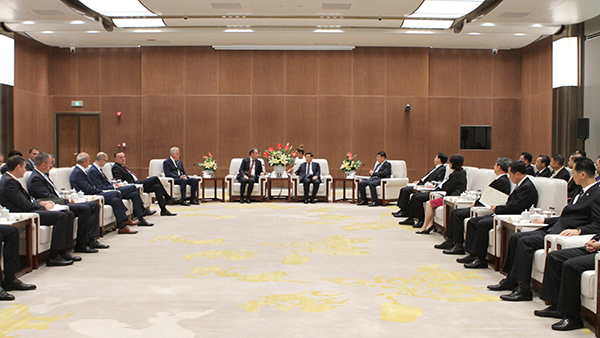 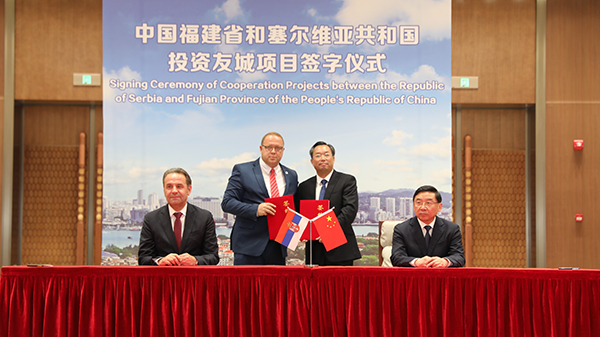 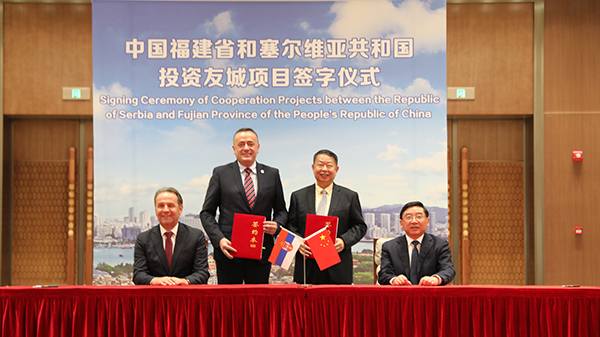 Mr. Yu welcomed the Serbian delegation. He said that both countries enjoy a long history of traditional friendship and close exchanges. Mr. Chen Jinghe, as an entrepreneur from Fujian Province, led Zijin Mining to carry out in-depth cooperation and more exchanges in Serbia. People from both countries enjoyed the positive progress made in main projects in a short period of time, which is a great achievement and vivid practice of Fujian and Serbia in building the community of human destiny under the guidance of the "Belt and Road Initiative". “The 2019 CIFIT is a good start. We will conscientiously implement the important consensus reached by the leaders of China and Serbia, strengthen bilateral exchanges in the fields of economy and trade, sister cities, humanities, education and tourism, and push forward the construction of 'Belt and Road Initiative'.”

Mr. Ljajić and Mr. Nikolić expressed their heartfelt thanks to the warm welcome of Fujian and the multi-field cooperation projects reached by the two heads of state. They said that the construction of the “Belt and Road” would closely link Serbia with China, and the Serbian side firmly supports and actively participates in it.

"Zijin Mining is a powerful Chinese company, we regard the cooperation with Zijin as a model for attracting investment from the “Belt and Road” countries. It is widely promoted in various fields of politics and economy. We sincerely hope that Zijin Mining can serve as an ambassador for China's investment in Serbia and drive more Chinese entrepreneurs to Serbia for investment and development in various fields.”

After the talks, under the witness of Mr. Yu and Mr. Ljajić, Chairman Chen Jinghe and Serbian Minister of Energy and Mines Antić signed the Memorandum of Understanding on the Development of the Upper Mine Belt of Timok Copper Mine. Mr. Fu and Bor Mayor Milicic signed a letter of intent for the friendship city.

In December 2018, Zijin Mining completed the acquisition of Nevsun, Canada, and owned 100% of the upper mine belt of the Timok copper mine in Serbia next to the Zijin Bor copper mine. The Memorandum stipulates that Zijin Mining will invest a total of US$474 million in the financing for the construction and development of the upper belt of the Timok Copper Mine. The designed processing capacity is 3.3 million tonnes per year. After completion, it is estimated that the annual output of copper concentrate contains more than 79,000 tonnes of copper.