Zijin has been providing monthly subsidies for around 10000 elderly people (80+ year) and orphans under 18 since 2010. In 2011, with the financial aids from Zijin, 170 cataract patients in Longyan, a city in Fujian Province were cured. In 2010, Zijin initiated a program in Fujian Province setting up endowment insurance for the elderly living in rural areas. In 2010, Zijin’s 12 people rescue team was one of the first on scene following a catastrophic mudslide in Zhouqu, Gansu Province. By April 15, 2010 (2nd day), volunteers from Zijin’s rescue team arrived in Yushuto to assist casualties of the 6.9 magnitude earthquake. In April 2010, a delegation from Zijin consoled and brought basic goods to homeless victims caused by tempest in the Quezon City of Philippines. 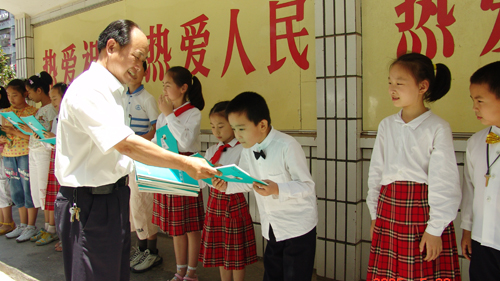 Since 2005 Zijin has donated $48,317 annually to the students of impoverished families in Shanghang County. The education foundation named after Mr. Chen Jinghe, the Chairman has subsidized students from poor families with more than $0.97 million ever since 2007. In 2010, Zijin provided funding for Yelaman Reservoir in Xinjiang Province, which helped ease serious droughts there and added a new irrigation area of 20km2 with more indirect jobs. Zijin has created jobs for local people in areas where it operates. For example, when Zijin started operations in Ashele, Xinjiang Province, the income of residents living around Ashele Copper witnessed a 3 to 5-fold increase. Salary has experienced a 200% increase during the past 10 years. The per capital income of Zijin Group is 1.3 times of that of non-private enterprises.We work hard to build a balanced atmosphere within the company, create a fair workplace that protects the rights and interests of our employees and shareholders