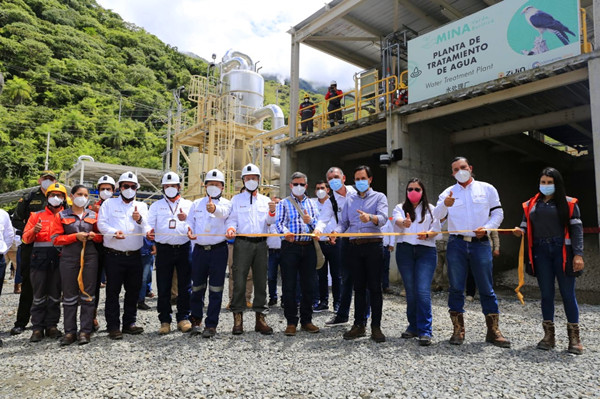 At the event, senior Colombia officials spoke highly of the plant. Diego Mesa Puyo, Minister of Energy and Mining, acknowledged that the water treatment plant of Buriticá Gold Mine is one of the most advanced of its kind in both Colombia and Latin America.

He said the U$ 44 million investment made in building the plant exemplifies Zijin’s commitment to environmental protection and to fulfilling its corporate social responsibilities. He reiterated that mining is a pillar industry of the Colombian economy, and that the government will continue to support Zijin's investment in the region.

Luis Fernando Suarez, Governor of Antioquia, said that the opening of the water treatment plant at the Buriticá Gold Mine is a crucial step towards building the first green mine in Colombia. He further noted that this is a great environmental protection initiative that helps the local community to better understand the mining industry.

Mayor of Buriticá, Luis Hernando Graciano, stressed that the commissioning of the plant will protect the biodiversity of the Cauca River near the project.