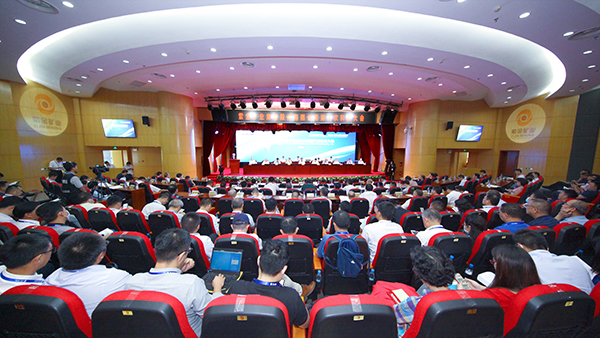 Technology creates and recreates Zijin Mining. For more than 20 years, Zijin Mining has sticked to scientific and technological innovation as its primary driving force, becoming one of the few multinational mining companies around the globe equipped with autonomous system technology and engineering management capabilities, with relatively well-established scientific research system and practice platform. Zijin Mining pioneered the mining project management model of “integrating five ore treatment processes into one” and realised coordinated research and full process control on five procedures of geological prospecting, mining, processing, refining and environmental protection, achieving the maximisation of economic and social benefits and promoting the continuous implementation of management and technological innovation concepts. From learning to leading, Zijin Mining has formed the core competitiveness and comparative advantages of the enterprise, which have strongly supported the rapid development of various businessess of the Company.

Looking ahead to the future, Mr. Chen Jinghe pointed out that uncertainty in the current global politics and economy increases. However, position of the mining industry, which is a fundamental industry, has not changed and still remains relatively stable. Furthermore, owing to substantial rise in investment costs and costs of obtaining mineral resources, the prices of mineral resources are likely to stand firm. Zijin Mining is determined to become a tier-one metal mining company with global competitiveness, which is the glorious mission and vision of the Company. The Company must speed up the conversion of advantage in resources into advantages in products and efficacy, which is the most crucial and core task at present.

Firstly, Zijin Mining will drive for scientific and technological innovation with a global vision and new mindset. The Company will pursue scientific and technological innovation from an even higher starting point, and strive for excellence above international standards. Its project management model of “integrating five ore treatment processes into one” will be applied and promoted more extensively. Efforts will be made to further uncover super-large deposits of significant market value, and achieve technological breakthroughs in the use of deep shafts for efficient, cost-saving and safe mining. In addition, research and application of eco-friendly processing and refining technology will be focused on to realise the goal of green and eco-friendly development in both of the Company’s domestic and overseas projects.

Secondly, Zijin Mining will emphatically develop a highly fitting, globalised mechanism for operation and management which is supported by science and technology. Treating science and technology as its most important support and guidance in the pursuit for globalisation, the Company will push for deeper reforms in a steady manner. It will accelerate informatisation and intellectualisation of mines, and drive for reforms in quality and efficiency. It will also remain committed to a new path for innovation which is created by its own and bears unique Zijin characteristics, as well as attaining breakthroughs in core and critical technology in shorter timeframe. To live up to its determination of creating an open environment for scientific and technological innovation, the Company will promote exchanges and cooperation with external parties and join forces with various sectors to achieve powerful scientific and technological developments. Furthermore, in order to expeditiously build a new talent base with technical expertise, the Company will reach out globally to explore for acquisition of, or cooperation with high-tech companies that have a strong talent powerhouse.

Thirdly, Zijin Mining will formulate globalised, pragmatic talent development policies with Zijin characteristics. The Company will introduce advanced, veteran and outstanding talents in the science and technology field and young elites from around the world. Leveraging on its various projects across the world, the Company will encourage talented employees to work at the “frontline of the battlefields” to achieve mutual growth with Zijin Mining and realise their personal value. Taking value creation and market standards as the criteria for assessment, it will accelerate the formulation of a global, value-creation focused talent development strategy.

Fourthly, a global Zijin culture will be developed with full efforts. Having strong faith in its own culture, the Company will seek integration with the excellent culture of the localities where its projects operate, weave Zijin Mining’s excellent corporate culture and core values deeply into the fabrics of the enterprise, insist on the core value of mutual development, and, in the course of developing its business, allow its employees the opportunities to realise their personal strength as well as benefit the countries, communities and business partners that are relevant to the Company’s operations.

At the symposium, commendations were given to Zijin Mining’s outstanding leaders, team members, workers and collaborators who specialise in the field of science and technology, as well as the outstanding projects and their representatives. The symposium was broadcasted worldwide online.